Around December 2013 I wrote up a miniature setting as an add-on for the Hyperborea campaign setting. This micro setting was called the "Lemurian Remnant" and introduced a tropical lost world filled with dinosaurs and people of pseudo-Asian derivation. For inspiration, I drew from Burroughs and Doyle, and also read through the relevant sections from Blavatsky and other nineteenth - century theosophists. I sent the short manuscript off to +Jeff Talanian, creator of AS&SH and owner of North Wind Adventures, looking for approval and permission to send the material into AFS Magazine or Fight On!. A few weeks later I received a reply from Jeff and was surprised by his enthusiasm and even more astonished when he asked that I write an adventure module for official publication.

Of course I said "yes," and started crafting the adventure that would become Forgotten Fane of the Coiled Goddess, packing it with pirates, kung-fu monks, dinosaurs, monkey-men and pulp adventure on an unexplored island. I hope you find it as fun to play as it was to create.

Forgotten Fane includes a full adventure, new deities, monsters, and equipment, as well as a complete description of the Lemurian Remnant micro-setting. I produced all digital maps in the module, while Glynn Seal of +MonkeyBloodDesign made a hand-drawn player's map. Cover art by well-known comic artist Val Semeiks with interior art produced by +Del Teigeler (Mavfire's Art Blog)and Johnathan Bingham.

The Hyperborea Adventure Three Pack Kickstarter is live and my module has the honor of being offered next to Ghost Ship of the Desert Dunes, by Jeff Talanian, and Beneath the Comet, by Ben Ball. There is very little risk in this Kickstarter, as all of the writing, editing and art has been completed. The only thing that remains is layout, printing and shipping! Please, offer any support you can and help spread the word!

Join the conversation at the Hyperborea Forums! 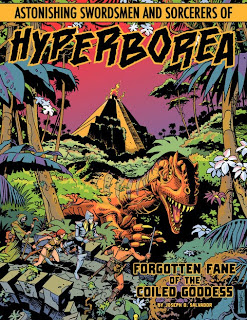 Just wanted to post up two more geomorphs. These are both being entered into the contest at Inkwell Ideas. Again, these are free for personal use. I've included two backgrounds for each. 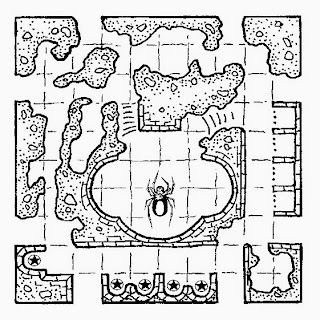 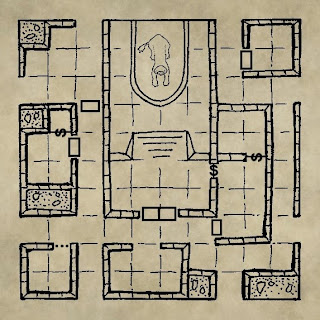 Posted by Joe Salvador at 6:43 PM No comments:

So, after getting on the bandwagon late, being out of town over the weekend and coming down with a lovely head cold, I was unable to finish my entry for the Geomorph Map Contest over at Inkwell Ideas. Oh well, next time. But you guys don't lose out! Here is my LavaMorph, now in three versions. These are free for personal use. Best of luck to all who entered! 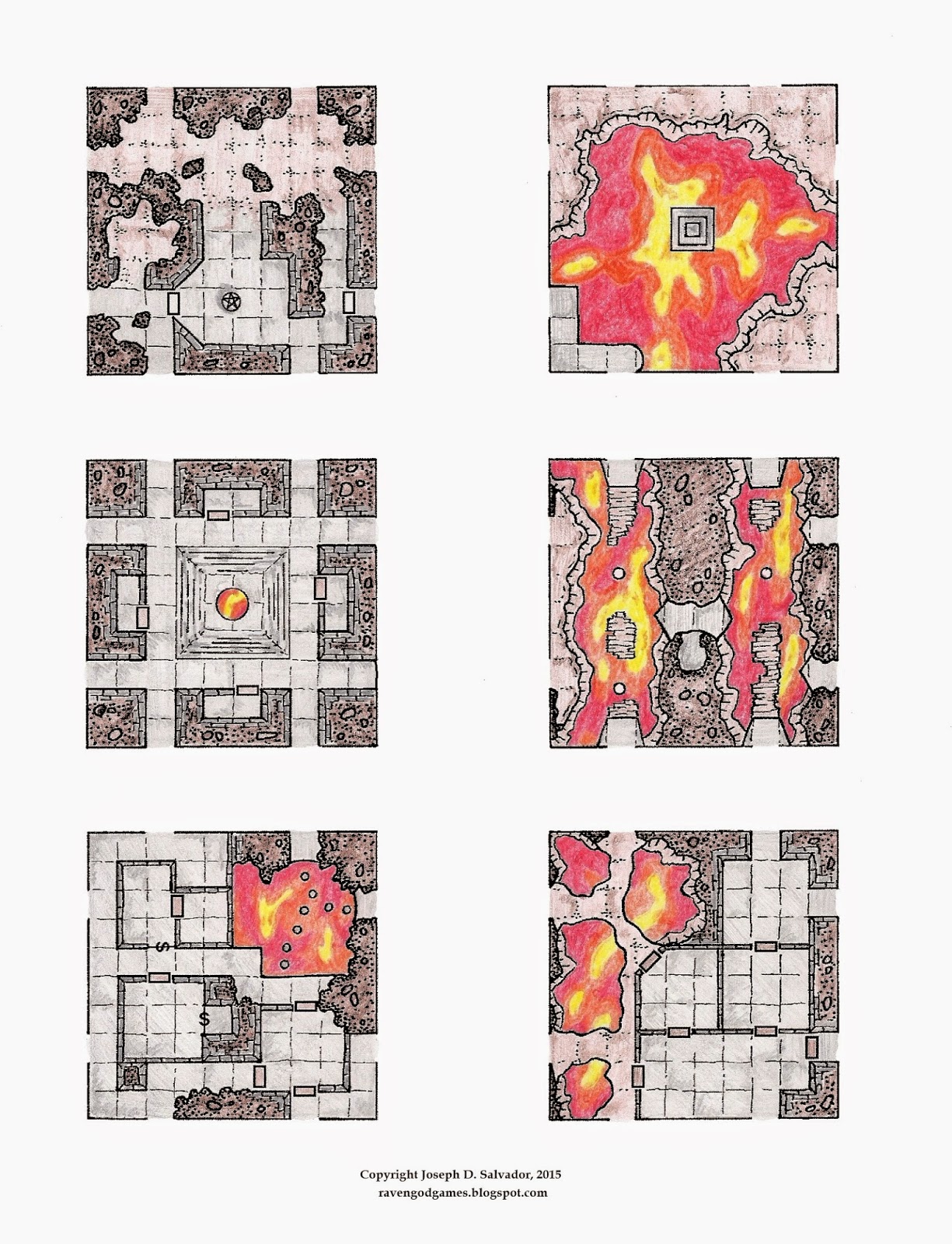 Posted by Joe Salvador at 9:32 PM No comments: